Pittini meshes for the Udinese Stadium

The Dacia Arena stadium gets a new look

In preparation of the recent 2018 FIFA World Cup, Russia allocated 12 billion dollars, the necessary amount for the infrastructures and for the renewal of the sports facilities supposed to host the football event par excellence.

As a matter of fact, the idea of using stadiums just for football and athletics is obsolete. Today’s new stadiums are often designed to be something more: modern, technological and multifunctional architectural solutions, but also meeting places in which supporters can share their passion for sports or a stage for global media events. Stadiums with such characteristics have become luxury facilities, designed by famous architects and destined to be a symbol of the country they are in.

One example of this concept of Stadium is the new Udinese Football Team Stadium, known as Dacia Arena. During the renovation of this important complex Pittini Group contributed to the construction of a facility offering the audience an irresistible design, worth of being under the international spotlight.

The construction project, carried out by the Udinese Stadium ATI Consortium, was completed in 2015. The stadium can host 25 thousands spectators, who can follow the matches being safe from bad weather conditions. 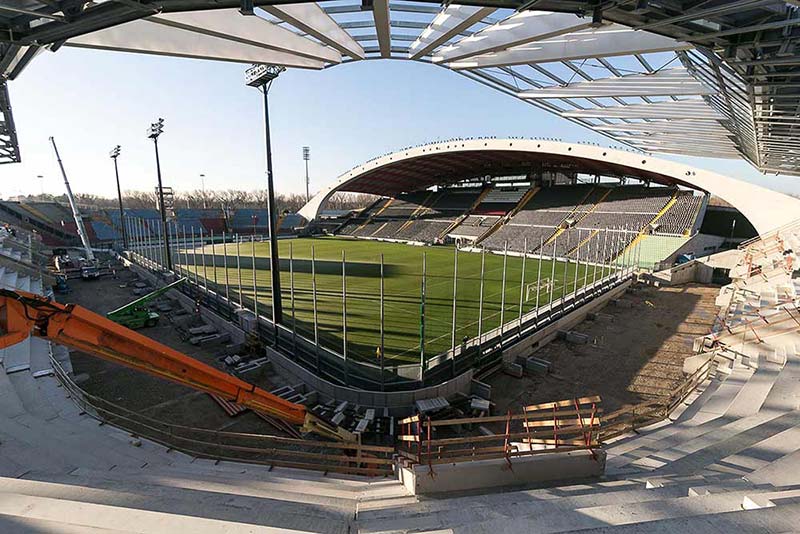 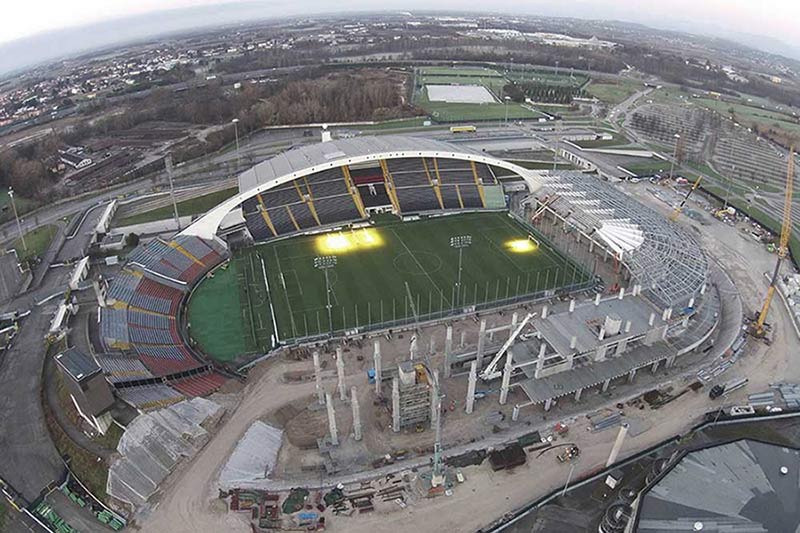 A modern and innovative work

Since 2015, the new structure has substituted the old “Stadio Friuli”, preserving, however, the distinctive Gallery-covering arc. The structural skeleton is entirely covered by a facade made up by 10 thousands satin-finished stainless steel sheets. Thanks to its shimmery surface, the stadium was nicknamed “The Diamond”. Some bidirectional meshes manufactured by La Veneta Reti – a subsidiary company of Pittini Group, were used for the reconstruction of the arena’s internal structure and precisely in some new sectors such as the terraces.

For this project, PITTINI – through one of its 19 manufacturing sites that is “La Veneta Reti” provided 160 tons of bidirectional electrowelded meshes. La Veneta Reti, located in the Veneto region, is structured to meet the multiple needs of the industrialised and prefabricated building.

These customized meshes proved to be the most suitable solution to satisfy the construction requirements for Udinese Stadium this structure, especially in terms of installation speed, labour and material saving.

Dacia Arena can be said to be up and running also thanks to Pittini Group. The stadium obtained great success in no time, not only during sports events but also year-round. The facility has entered the Top 50 of Italy’s most visited museums, thus becoming a status symbol both at national and international level.